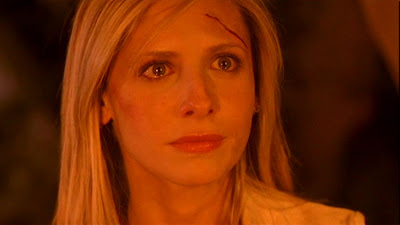 My name is Jen Soska and I'm a Buffy die hard.

Now, this is not new information to any of you and last February I had the esteemed pleasure of writing about Buffy during our 28 inspirational Women In Horror articles. She was the only fictional character to be included and with good reason. She is a huge inspiration to me and a big part of who I am today.

How is it possible that a simple character motivated me to become the that woman I am today?

I've always been a slight little thing. I grew up loving comics and video games with these big glasses, total lack of fashion sense, and unabashed thirst for knowledge. I was picked on and dubbed a nerd. No one ever thought much of me being able to do anything physical, but I dreamed of being strong like the heroines I idolized from Marvel and DC. When I was in highschool, something magical happened. A young girl from California moved to Sunnydale and began to attend Sunnydale high. When the tv series started, Buffy Summers was just one year ahead of me.

I had heard of the show and heard it was awesome, but didn't think much of it. One day, I was channel surfing and found HUSH, the break through, Emmy nominated episode of Buffy the Vampire Slayer. This episode was a mile stone in the series and became a mile stone in my life. 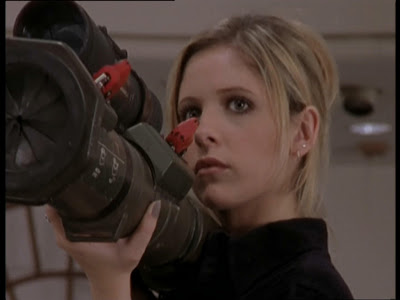 Buffy Summers didn't look all that tough. She was slight and even came across a tad naive at times. But beneath those blond locks, pristine make up, and stylish yet affordable boots, was great strength. Joss Whedon had taken a character type that was previously only seen in the victim role in horror movies. We'd all seen plenty of the pretty, unsuspecting blond that gets chased and ultimately killed by the big bad monsters. Joss threw out that tired stereotype and turned it on its head. Now the unsuspecting blond was the one that monsters were running from.

And I loved it.

"I'm the thing that monsters have nightmares about. And right now, you and me are gonna show 'em why." ~Buffy Summers 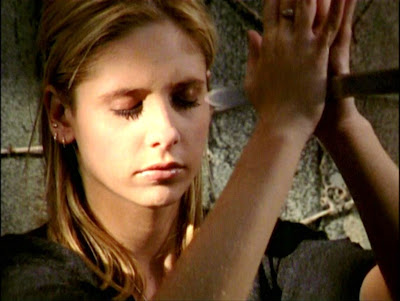 I wanted to be Buffy and it shouldn't come as much of a surprise that I still want to be her. I began collecting and privately training with weapons. I wanted to be strong and no one would teach me. I've kept it up over the years and now have over 100 weapons in my collection. And, yes, I do have several stakes. I studied martial arts and with much focus, dedication, and discipline changed my physique to be a fighter.

But anyone can tell you that Buffy is much more than a physical fighter. Joss Whedon is known for his incredible story lines that beautifully and patiently build over seasons and then pay off in a masterful way. Ask any Buffy fan and they will tell you the episodes that they turn to again and again. Not only was Buffy around my age and size, but she didn't have a cake walk in life. Being the Slayer is hard and it's something we can all relate to because life itself is damn hard. Things change that are beyond our power and we have to be able to face those hardships and deal. That was an invaluable lesson. This quote gets me through some hard days... 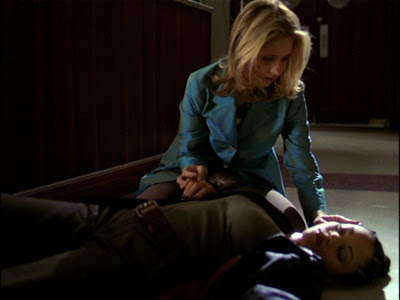 "Bottom line is, even if you see 'em coming, you're not ready for the big moments. No one asks for their life to change, not really. But it does. So what are we, helpless? Puppets? No. The big moments are gonna come. You can't help that. It's what you do afterwards that counts. That's when you find out who you are." ~ Whistler, Buffy the Vampire Slayer, Season 2, Becoming Part 1

That's something huge I admired about the series and the character. It wasn't really a "monster" show. It was a deep and moving drama that had moments of pure whimsical comedy that could change in a second to move you from laughing to holding back tears. She lived a very human life throughout. Sure, she killed demons and slayed vampires, but she had bills to pay, a job, school, and all that life stuff to fight through as well. She had to make hard decisions and had to believe in herself even when no one else stood by her. It's a vital part of becoming an adult. Buffy never had it easy. The path of the hero never is. 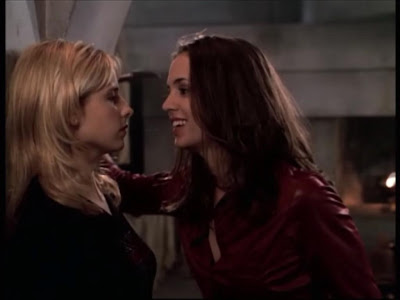 She was human and sometimes, she fucked up. Sometimes royally. 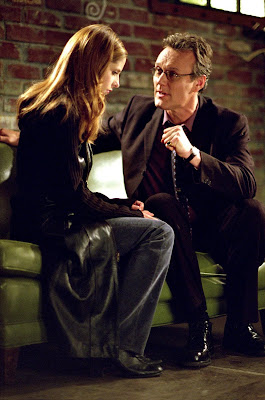 And sometimes she sacrificed everything she had for the greater good without question. 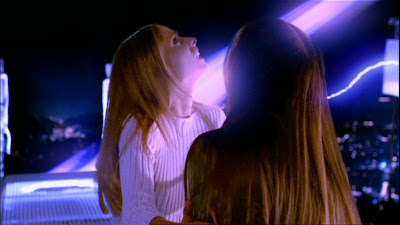 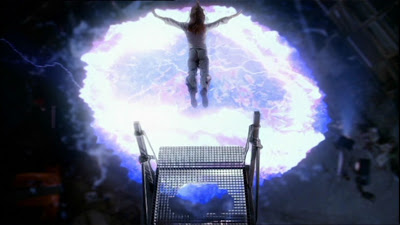 At my low moments, I always grab my coveted Buffy The Vampire Slayer Chosen Collection, a must have item for any die hard

, and pick an appropriate episode.

If I'm feeling lost, I watch The Freshman and watch Buffy find herself again after she loses her way.

When I'm thinking about life and death, I watch the Body and try to come to terms with how death is inevitable and how you never really are prepared for it when it happens. It makes me want to live every day I've got to its fullest. 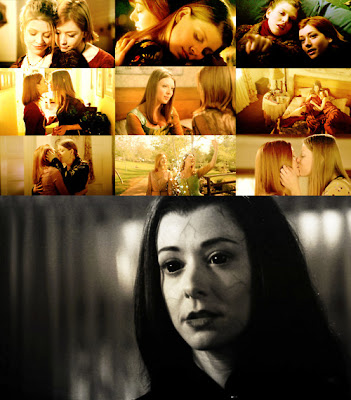 When I'm mad as hell and want revenge, I watch Seeing Red through to Grave and see my beloved Willow finally have enough of keeping herself in line and raise some hell. And, in the end, do the right thing and try to piece herself back together after her world comes crashing down around her. 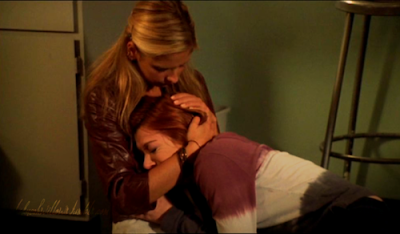 Each and every character grows and changes through the series and becomes a new version of themselves. It's something we all do. Buffy come season 7 isn't the girl we met in the series opener WELCOME TO THE HELLMOUTH. Sweet, awkward, and insecure Willow Rosenberg has a beautiful character arc. We get to watch her grow into a strong, confident woman before our eyes, one that hardly resembles the Willow we were first introduced to.

Buffy makes me happy. Everyone needs their own "Buffy", something to turn to when we're feeling defeated and lost that gives us strength and tells us we can face any demon that comes our way. I'm grateful to have her.

And any die hards wanna talk Buffy to me, please, be my guest. I could probably write forever on her, but, for now, I'll shut up. 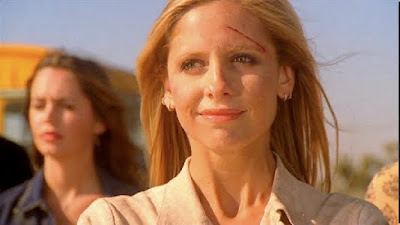