Rue Morgue is a name that is synonymous with horror. It is a publication exclusively devoted to horror in culture and entertainment and also features cinema, store, archives, events and general information. 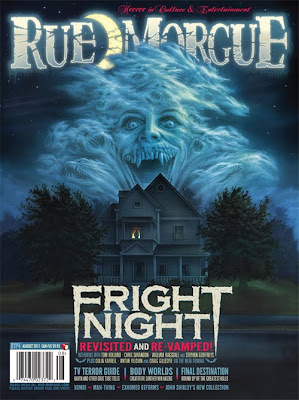 We were given the esteemed pleasure recently of speaking with their Aaron Berman in regards to an ugly trend of horror films and the artists behind them being targeted by censors. In 2010, Sitges Film Festival director Ángel Sala was charged with exhibiting child pornography when he showed A SERBIAN FILM at an Adults Only screening. In 2009, Remy Couture, a Montreal based makeup effects artist, was charged with “corruption of morals” after a complaint was made about images found on Couture’s website “Inner Depravity”. Recently THE HUMAN CENTIPEDE 2 has been banned in the United Kingdom by the British Board of Film Classification (BBFC). 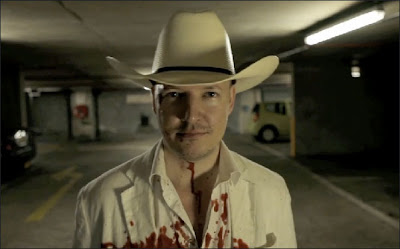 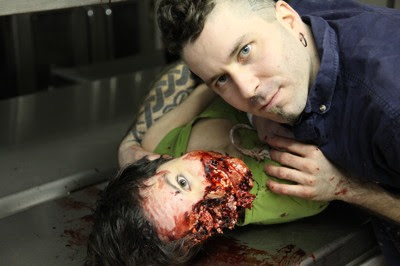 This past April, us Twisted Twins and our DEAD HOOKER IN A TRUNK ran into a little trouble when our film was banned at the Roxy Theatre in Saskatoon (catch up here). It was meant to be our Canadian premiere outside of our hometown of Vancouver, but we came under the attack of censors because of the title of our film alone. The following week, they also banned Canadian Jason Eisener's HOBO WITH A SHOTGUN. The outstanding horror community banded together behind our films and we cannot thank them enough. The Broadway Theatre welcomed both films in and the screenings went off with much enthusiasm. At that time we had spoke with wonderful Rue Morgue writer April Snellings about the controversy (get that one here). 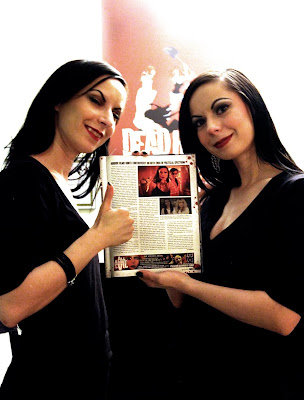 We both have very strong feelings about censorship. This month we were given the supreme honor of appearing in Rue Morgue Magazine in an outstanding article about this trend by Aaron Berman.

To appear in a magazine that we have long time adored leaves us speechless. A very special thank you to Aaron Berman, April Snellings, and Rue Morgue Magazine.

It's truly an incredible piece and you can check out the new issue on their site here or at a news stand near you.