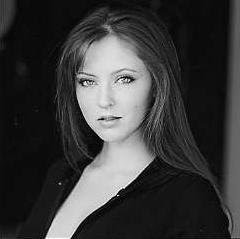 It's the day after the kick off of 2011's WOMEN IN HORROR recognition month! It commenced celebrations across the world, recognizing and paying tribute to the amazing accomplishments of women.

We began our celebrations with a very special PSA for our WiH MASSIVE BLOOD DRIVE that had very special guest appearances by very special women in horror. One special appearance was that of the actress who will be taking the title role in our upcoming film, AMERICAN MARY. That actress is none other than the sensational Katharine Isabelle. You can check out the PSA (if you're one of the few that has yet to!) below.

To say the least, this news has peaked interest and further speculation on what more secrets are to be revealed for AMERICAN MARY.

MIKE SNOONIAN of ALL THINGS HORROR

CORTEZ THE KILLER of PLANET OF TERROR

THE MIKE of FROM MIDNIGHT, WITH LOVE

SCOTT SHOYER of ANYTHING HORROR

JEFF ATENCIO of THE JADED VIEWER

SCOTT RUTH of THE EXAMINER

SAM THE HORROR MAN of THE REALM CAST

We can't wait to reveal more...